Being Jesus in the Pandemic

Reprinted with the permission of the Big Sandy Mountaineer. 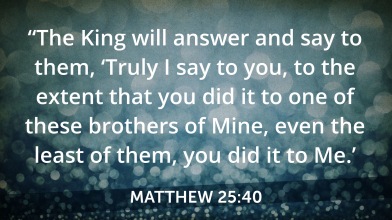 In 165 AD, an epidemic swept through the Roman Empire, ravaging the western world for 15 years. The disease may have been smallpox, though it’s difficult to say with any certainty. Regardless of the nature of the illness, the result was devastating. Around a third of the population of Rome died. The population was justifiably terrified of the horrible illness. The wealthier amongst the Roman citizenry simply sequestered themselves in their country homes for years, while the poorer members of the population fled cities or did their best to ride out the illness. One of the worst practices of the time was for families to push members out into the streets when the first of the symptoms arose, figuring it was better for them to die in the streets than to infect the entire household. Ancient witnesses describe streets piled high with the dying as a result of this brutal practice. During this time, the early church responded in a completely different manner. Followers of Jesus believed in an afterlife in heaven and in their responsibility to care for the poor. This was a stark contrast to the belief of their pagan neighbors. Christians simply weren’t afraid of the disease because they believed that to die was to be with Christ, all the better if you died serving Him. The work of early believers to provide basic care to the sick resulted in the saving of countless lives. Medical historians have estimated that the basic care provided was enough to save two thirds of the recipients, most of whom became too weak to do even basic self care. The actions of the early church in caring for the sick and dying was a major contributor to the explosion of growth of Christianity in the 2nd century. I would argue that there is an important set of lessons to be learned from their example. The early church didn’t live in fear of the plague. Certainly, many were afraid, but they did not allow their fear to control them. They saw their obligation to serve Jesus as the first and foremost of their responsibilities. I believe this is our calling for the time we are living in. Mind you, I am not advocating being stupid and acting as though we are completely safe from getting sick. This isn’t wise or Biblical. We need to take precautions because we don’t want to give anything to our family or neighbors. In addition, our actions reflect on the God we serve. That having been said, we shouldn’t be afraid to serve our neighbors either. This life is not all there is for us, and we have instructions as to how we are to live. I read recently that food banks in bigger cities are struggling to meet their obligations because they simply don’t have enough people who are willing to help serve the constantly growing lines of people who need food. Many of us have neighbors who are alone and isolated because they lack family to reach out or care for them in this time. Our calling as followers of Jesus is to help where we can. John Wesley once said that we are to:  “Do all the good you can, by all the means you can, in all the ways you can, in all the places you can, at all the times you can, to all the people you can, as long as ever you can.” This might mean giving up some of our stockpile of toilet paper or sharing of our finances with a neighbor who can’t work and isn’t sure how they’re going to make rent. It may mean calling a shut in, dropping off food on a doorstep if only to brighten a neighbors day, or all manner of other things. Perhaps it means giving your hand sanitizer to someone who has to go to work every day. Find ways to serve. I’m so blessed when I see folks making masks for their neighbors and then giving them away. Perhaps this involves not calling each other names on Facebook because our neighbors doesn’t hold the same belief regarding the right way for the country to go forward. No matter what is involved in serving Jesus in the pandemic, this is a time when we shouldn’t allow fear to control our actions. We shouldn’t be foolish and act as though we cannot get sick. We shouldn’t use our freedom for selfish ends. We should take the instructions of our governing authorities seriously, which is addressed thoroughly in the New Testament. We should love and care for our neighbors. Be the face, voice, and hands of Jesus for our neighbors in this time of trial.

Training Hard for the Fight: A Pastor’s Guide 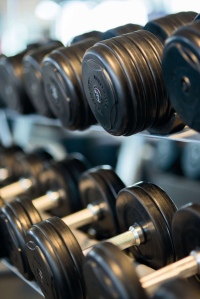 In recent years, I have found the habits of elite athletes and soldiers interesting. Guys who not only do physical things well, but at a level above everyone else in the world. I am not an athlete, but am starting to appreciate the habits and mindset of folks who are top-tier in their fields. One of the interesting things I have noticed about such people is that they maintain physical discipline even when they are not doing their jobs. A former Navy Seal I follow online talks about getting up early every day to train. This is a man who is no longer fighting wars on the battlefield, but sees his own training and discipline as non-negotiable. Football legend Herschel Walker continued to train hard whether he was playing ball, between seasons, or retired. Training isn’t seen as a component of his career. Rather, it is a way of life. Pushing yourself daily to exceed yesterday’s best is never questioned. These are folks who are elite athletes and warriors by nature, not just by vocation. I am never going to be an athlete or a warrior. I am a pastor. I live a different calling. I exercise hard every day because I want to be better. This new practice and reading about the habits of these men has helped me to realize something powerful. I study and meditate on scripture verses 8 to 9 hours a week so I can teach them on Sundays. I truly love this aspect of my work. However, I struggle with spending time daily reading and studying the same book for my own edification. I also struggle with the daily discipline of prayer. This morning, I realized something convicting. While the elite athletes and soldiers I’ve been reading about do their required trainings as a part of their work, they also do it as a part of their lives. These men get up, train, then go to work and train more. They do it because it is who they are, not because it is their job. I study because it is my job, but if I want to be a man of God, I must study and pray because it is in my nature to do so. I will never be at the elite level of pastorate. I don’t really know that such a thing exists and if it did, I definitely wouldn’t want anyone to refer to me as something like that. However, I love the folks under my pastoral care. I love my family. I love to teach and preach. I love the folks in my community. I love the folks who read my writings and listen to my preaching online. Most of all, I love the God I serve. If all of this is true, and not just something I say, it really ought to be in my nature to hunger for better. I should treat my spiritual state as though my personal spiritual growth will glorify God and minister to those around me. The higher the quality of my spiritual life, the better I will minister to the people I come into contact with. Prayer and personal study are not optional to a person who loves the folks they minister to. It is training. It is conditioning. It creates in us a state of readiness for the moment when we need to love someone we are angry at or forgive the sins of our neighbor. Pastors and brothers in Christ: we must train daily in study and prayer so we can be ready for the moment God calls us to serve. Prayer must be like running. We should do it so much it is natural to us to pray without ceasing. Study should be like lifting weights. It should create strength in us to handle anything we encounter. Paul put it best when he wrote to Timothy: “Physical exercise has some value, but spiritual exercise is valuable in every way, because it promises life both for the present and for the future.” Brothers, we must train to be better because it is in our nature.