Where in the World is the Proverbs 31 Woman: Part 2 Picking the Right Approach 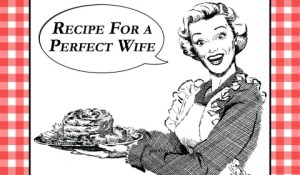 This is my second blog post on the Proverbs 31 woman and I haven’t started to really dig into the passage. I usually try to write shorter essays because most folks won’t read thousands of words just to get an answer. Easy answers are nice, but they are often incomplete. There’s always a temptation for pastors to shortcut and assign meaning to scripture rather than digging for the author’s intent. Understanding what the author meant to tell the reader means looking at it from their cultural perspective/historic perspective.
Interpretive Decisions: Allegory, Literal, or Something Else
There is a final matter that needs to be considered when deciding how to interpret the text properly, that is selecting the right interpretive approach. This basically means that we need to decide if the author intended the reader to see the passage as referring to something other than is being presented, if the reader is supposed to understand it in a word-for-word sense, or if it’s a combination of the two.
Proponents of taking an allegorical approach argue that the wife in the passage is symbolic of wisdom. Thus, the advice being offered is that young men keep wisdom as though it is their wife. This position has the benefit of being consistent with some of the rest of the book. Wisdom is repeatedly referred to as a woman. The advantage of this approach is that it can easily end the argument with folks who misuse this passage by making it about something else entirely. There are several problems with selecting the allegorical approach. For starters, the book of Proverbs does speak of women without doing so allegorically. Chapter 5 is a great example of this. The adulterous woman discussed in the passage isn’t indicated as a symbol for sexual behavior. Rather, the advice seems to be to avoid loose women, which is in harmony with the direction in 2:16-19, which advises the young man to avoid getting trapped in sexual sin, with no indication that is is an allegory. Later in chapter 5, advice is given about “drinking water from your own cistern” and the value of not spreading your streams of water into the street. These warnings about not being sexually loose are paired with an instruction to “Let your fountain be blessed, and rejoice in the wife of your youth.” The wife in the passage is clearly a reference to an actual wife, who young men ought to confine their sexual behaviors to. There is no indication that she is anything but a wife. Further, it would be extremely weird to approach this passage allegorically, trying to make the talk of sex fit somehow with wisdom personified as a woman. It makes far more sense that the instruction is to enjoy sex with your wife, and only your wife. Beyond just being awkward, the text offers no hints that the passage ought to be read that way. Contrast this with passages like 7:4: “Say to wisdom, ‘You are my sister,’ and call insight your intimate friend…” The author tips his hand that he is speaking allegorically. The same practice is repeated in 8:1: “Does not wisdom call? Does not understanding raise her voice?” The author tells you that he has shifted into allegory. The same can be said of 1:20 and 9:1. The text tends to telegraph these ideas. The author tells the young man when he is instructing through allegory. The problem with ignoring this tendency is that it results in a book of advice for young men that in no way addresses their interaction with women in any capacity. It cripples the text by applying a template automatically without regard for contextual prompts.
Regarding the allegorical approach and Proverbs 31, there is no indicator that the wife mentioned is wisdom personified. Nowhere does the author telegraph his intent to shift into allegory. Further, if we are going to read it as an allegory then we have to ignore a rather awkward idea presented in 26, that she (Wisdom) opens her mouth with wisdom.  It’s a bit of a circular concept.
There is one other matter to consider when looking at whether or not the passage is allegorical: the context for the passage in terms of the surrounding verses and who is speaking. In this case, the mother of the king is speaking. She offers advice on how to rule wisely, specifically instructing her son: “Do not give your strength to women, your ways to those who destroy kings.” She then goes on to direct him to avoid strong drink. It seems clear that the women described are actual women, because there is no indication of allegorical intent. Further,  the advice about women is paired with a direction about liquor. If one is figurative, then the next line would be as well. It makes very little sense for allegory to be inserted randomly in this manner. For this woman to advise her son to avoid women that are destructive and to follow it up a few lines later with advice on how to properly select a wife makes sense. It fits the context. She is giving whole life advice.

Part of the temptation to read the wife in Proverbs 31 as wisdom personified is rooted in the fact that she is living out many of the tenets of wisdom presented in the book. She is demonstrating wise behaviors. They are the same types of behaviors that the young men are instructed to try to live out. It seems reasonable that a man ought to seek out a wife who is strong, intelligent, hard-working, independent, and compassionate. Really, as far as ideal wives go, this seems to be a very positive message regarding what is important to seek out in a wife.
The other extreme position sometimes taken when interpreting the passage is to read it with a strict literal understanding. This would be unusual in wisdom literature and poetry, which tend to describe concepts. Lines in poems ofter reflect qualities or ideas. Further, reading the text in a strictly literal manner makes finding the ideal wife nearly impossible because meeting all of the behavioral requirements is nearly impossible, particularly since many of them require that the couple already be married. If the son is seeking a wife who takes care of their kids, they have to be married. Further, the list is lofty and towering to the point of being impossible to meet. For example, if we summarize only some of the qualities we find that the ideal wife makes clothing from scratch, buys property, plants vineyards, she is strong enough to work the fields, and sells some of the clothing she produces. As a checklist for wives, it’d be silly to expect that every woman ought to be making her own thread or even sewing. In addition, not every family has need of a vineyard. Not every family has the financial wherewithal to purchase land, nor is land available for every family to purchase. I don’t even need to comment on bartering. If we are to read these lines from literal perspective, we have to force every 21st century woman into a wealthy family from 900 BC and the middle east. I am taking this to an extreme, but the point is that the list of behaviors is not reasonable for anyone to take on in our context. Even in the day the text was written, only a small percentage of families would have the servants necessary to fulfill verse 15. It’s easy to talk of taking the text literally without engaging the reality of the position properly. The premise falls apart quickly when we look more closely.
One might suggest that we should back off of the literal reading a little. I’ve read several essays that argue that we ought to interpret the text as pointing to a super housewife, that is subjected to her husband’s beck and call. She sews, cooks, plants a garden, stays up all night doing housework, and then gets up before dawn to make breakfast. The problem with this perspective is that the wife in the chapter takes on a number of tasks that are overtly masculine according to ancient standards. Beyond masculine, they are downright liberated, particularly when considering the standard social expectations for women in the ancient world. She makes financial decisions, is physically strong and demonstrates it through her participation in what would otherwise be seen as “man’s work.” She also produces income through her own work. Many of these activities were off-limits to women in the ancient world, particularly women of social stature. The “super housewife” perspective fails when the passage is considered according to the historical context. Though she takes on domestic responsibilities, this woman works outside the home and clothes herself with strength.

How then are we to properly interpret the text? The answer is a mixture of the literal and the figurative. It is typical of Hebrew poetry to offer examples that represent virtues. This is most easily seen in verses like 20: “She opens her hand to the poor and reaches out her hands to the needy.” Verse 20 can easily be read literally, but it represents more than a behavior. The wife described in verse 20 is compassionate to the needs of others. This is an attainable quality and is in harmony with the depiction of wise behavior discussed in the rest of the text. Apply the same approach to verse 16: “She considers a field and buys it; with the fruit of her hands she plants a vineyard.” I’ve already dealt with the problem with handling this literally. If instead we see it as representing a particular type of behavior, we quickly recognize that the passage describes a common sense business decision that she willingly follows up with hard work. Boil it down further and we have: She makes wise decisions and works hard. Neither of these is as unattainable as purchasing real estate and hand-planting a vineyard.
Much of the difficulty I have heard expressed in terms of this passage is connected directly with reading the passage overly literally, and ignoring the literary genre. This is often done in the name of forcing an interpretation on the text that is outside of the author’s intent. It is also done without viewing the additional meaning given to the text by the coming of Jesus and the new Covenant. If the poem is a to do list, it easily becomes law for a wife to obey. Paul tells us repeatedly that the law is impossible for us to attain. It is a crushing weight on us because of our imperfection through sin. In the next installment we will look at how understanding this passage is altered by the gospel.

3 thoughts on “Where in the World is the Proverbs 31 Woman: Part 2 Picking the Right Approach”