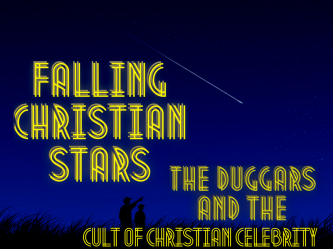 With the recent release of hacker data stolen from Ashley Madison, a dating service for married people seeking to have an affair, and the revelations that followed; various tendencies in Christians’ responses have, yet again, sprung forth. Every time a minister or other prominent Christian is caught in some sort of malfeasance, certain responses are predictable. Perhaps the most troubling to me is the tendency to minimize or ignore sin. Jesus and the rest of the Bible tend to treat sin seriously. This is even the case for the “good guys” in the Bible. David, a man after God’s own heart, took it on the chin for his adultery and murder. Peter was called “Satan” in the rebuke of Jesus when he spoke out of his own interests. Paul repeatedly bemoans his own sin, calling himself the least of the disciples and repeatedly referring to his persecution of the church decades after it happened.
In broaching this topic, it’s important to acknowledge a hard truth in our culture: Western civilization likes to idolize people. Politicians, musicians, actors, directors, writers, activists, preachers, teachers, and whatever the Kardashians are (That last one didn’t trigger my spell checker… just take a moment to let that sink in!). We tend to look to these folks as infallible heroes. The problem that comes with trying to make anyone into a messiah is that they can’t save us, and they’re only human. There shouldn’t be any such thing as a celebrity Christian. This is not to say that folks of faith shouldn’t be in the public square and that we shouldn’t support them. Rather, we need to recognize that these folks are not God and shouldn’t be idolized. They’re fellow servants of our Master. When we worship anyone or anything that isn’t Jesus, we commit idolatry.
Some folks might object to my characterization of idolizing celebrities. To those folks I’d say: If you’ve spent more money on, quoted more, given more attention to, obeyed more faithfully,  talked about more often, or pointed others toward anyone or anything more than Jesus, it is an idol. I see this especially with celebrity pastors. For example, lots of folks quote one best selling mega-church pastor or another more often than he or they actually quote scripture. Worse still, it’s seldom acknowledge that many of them are preaching things that aren’t in harmony with the gospel. Rather, fans tend to treat their teachings as though they are the gospel themselves. We are often slow to compare sermons and books to the Bible ourselves because the light of truth exposes falsehoods.
There’s a handful of reasons that it’s easy to latch on to idols. For starters, we are fallen creatures. We rebel against God by nature. Worshipping an idol is a matter of the sinful heart, which will always tend to love the creation more than the Creator. Further, our culture is geared toward this sort of idolizing of men. It’s on our TVs, magazines, books, billboards, conversations around the water cooler, etc. It’s just there and it’s easy to fall in line with it.
The problem that will typically arise with idolizing men is what we see happening to Josh Duggar and have seen with countless folks before him. They turn out to not be God, and as a result, they will stumble or fail to be everything that God is. We will eventually wind up defending, ignoring, minimizing, whitewashing, or pointing fingers at the sins of others all in an effort to draw attention away from the reality that the thing/person we idolize isn’t sufficient to save or worthy of praise. Otherwise, we are forced to disown and destroy our idol. In short, we shoot our wounded. We’ve seen these reactions in the folks who tried to defend Duggar or ignore his failings, as well as those who tossed him under the bus when it turned out that he’s a sinner, too.
The solution is for believers to come to a point that we recognize that God is deserving of our worship and adoration in a way that no one else is. We must remind ourselves of this daily. When His people who live in the spotlight of public scrutiny fall short, we need to acknowledge sin for what it is and point to Christ. Further, we need to hold ourselves and each other to a higher standard than we hold the world.

3 thoughts on “Falling “Christian” Stars: Josh Duggar and the Cult of Christian Celebrity”